Reflecting on the Many Facets of Recycling

Everyone at your facility or on your campus has something they discard and thus something they could potentially be recycling. Because recycling so broadly impacts the entire facility or campus, I think there is merit in diversifying recycling in the budget rather than trying to concentrate all of the disparate recycling expenses into a single recycling account. For every facet of recycling, there is an intersection where implementation and passion meet, a champion of that facet of recycling. What if they had funds in a portion of the budget that they control that were dedicated to implementing their facet of recycling? How much could they accomplish? Correctly allocating funds to facets could be the key to growing and sustaining your recycling program.

For example, if you allocate a portion of recycling collection expenses into the existing trash collection budget, I think you can reap significant rewards. Doing so allows the champion of that budget to focus on the net costs of recycling and marginal costs of recycling. If, for instance, cardboard pickup is an entirely independent budget line, that budget line must bear the entire cost of the pickup, including container costs, vehicle costs, equipment costs, labor costs, etc. And in that stand-alone recycling budget, those costs must typically be paid from the revenues received from the sale of cardboard. That is something that is difficult to do, especially when prices for the sale of cardboard are soft, and often necessitates special recycling surcharges.

However, if you conjoin that collection facet of recycling into the trash budget, you can often do more. In that conjoined budget, you have both recycling revenues and avoided landfill fees available to fund recycling projects. In that conjoined budget, increased cost for recycling containers can be offset by a decreased need for trash containers (such that the net cost and net budget impact is $0 or close to it). Increased labor required for recycling can be offset in that budget by decreased labor for trash, reducing or eliminating that net cost.

And for the champion of that budget, it can sometimes be easier to fund additional recycling infrastructure or initiatives at the beginning of the year that they know will save them money on the trash side of the budget by the end of the year. If you haven’t conjoined your recycling collection budget to the trash budget, you either have to try to get money from someone else’s budget (and good luck getting them to give that up), or you have to wait until you have accrued enough net revenue from the sale of your recyclables (revenue that hasn’t been offset by your collection costs) to fund your new recycling infrastructure or initiatives. I think that is how some recycling programs get stuck in a “perpetual pilot program” phase and never end up integrated into the daily operations of the facility or campus.

Another issue to consider is how you fund recycling containers in the budget. Presuming that your wastebasket budget resides within your custodial budget (which it often does), I would advocate including desk-side recycling bins in that same budget. I’d also recommend making that conjoined wastebasket budget a specific line item within the custodial budget so that the money you had contemplated in the budget for bins doesn’t get spent on other custodial expenses such as cleaning supplies, overtime cleaning costs, etc.

This conjoined wastebasket budget has some advantages. You can often get some quantity discounts if you are ordering all of your desk-side bins (trash and recycling) at the same time. You can also typically better track bin inventory and deploy bins to customers when both bins are in the same budget under the same champion.

Conversely, for public-area locations where aesthetics are important, I would advocate funding high-aesthetic trash and recycling bins, not in the custodial budget, but rather as a budget line in an aesthetics committee budget or within a construction/renovation/campus planning budget. I think that custodians need to be part of the process and sign off on any bins to ensure that they work operationally with the existing collection infrastructure. However, from my experience given the choice between aesthetics and utilitarianism, custodial-based decision makers will choose utilitarianism. The result is bins that are good operationally, but which often cannot be placed in public area locations where they are most impactful. No matter how functional they are, public area bins are a lot less effective if they have to be hidden in places where the public can’t find them.

There is also an issue of frame of reference. If a custodian is used to spending $50 for a utility bin, spending $1,000 on a high aesthetic bin is far enough outside their frame of reference that they will balk at implementing that bin. But within the budget for a several million dollar building construction or renovation, spending $1,000 on a high aesthetic bin that augments that space is (and which might help to market other “green” features of the building) is something that an architect or facilities planner can see the benefits of and much more readily sign off on.

Where in Your Budget? 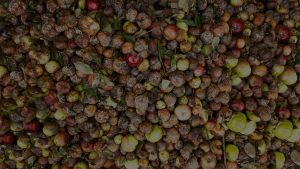 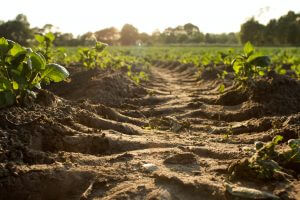